I am obviously not the most consistent blogger- it is not something I have made into a daily habit.....yet.  Breaking Pace tagged me in one of her recent blogs to answer a few questions.  I decided that that would be a nice way to get a post in since I have been absent.

What are you most proud of accomplishing in 2010?
I am actually proud of the fact that I have stuck with running- for the most part.  It has definitely been a "on again off again" year for it but there have been more ons than offs in the running department and I have to see that as an accomplishment.  I may not have gotten as far as I would've liked (I had planned to run a half marathon this fall when I started running at the beginning of the year) but I haven't given up either and, for me, that's pretty big

What are your goals for 2011?
Similar to what they were for 2010.  I would really like to train and run in a half marathon by the end of 2011.  Assuming that I don't get another sprained ankle ( :) ) I think I can make this happen.  I would also like to run a race with my sister.  She lives in another state and every year we talk about doing a destination race together- I would really like this to be our year.

What was your favorite race?
Well, I have very few races to choose from but I would have to say that my favorite race is the Women's Run here in Anchorage.  It is a 5 mile run that donates proceeds to breast cancer.  This is a race that a group of friends and I have done for the last few years and we all have a great time doing it.

What is your favorite guilty pleasure?
Well, I have so many to choose from but I guess I'd have to say Reeses- and not just any Reeses, I LOVE the ones that come out during the holidays.  I swear they tasted different and soooo much better!

What is your most embarressing running moment?
Well, when I was going to do a race with my sister we walked so much the day before, in very hot weather, that I chaffed so badly I couldn't do the race (hence the above goal to still run a race with my sis).  I guess I technically running when this happened but I traveled for the race and it's pretty embarressing to say I wasn't able to do because of chaffing!!

Now I need to tag 5 people to answer these questions.  I have been a little remiss in my blog reading so if I am tagging someone who has already been tagged- my apologies!

Hope everyone has gotten their Christmas shopping done- I don't know about elsewhere but it is getting crazy here :)!
Posted by akjenniekt at 9:42 AM

Thanks for the tag! I love your responses and I agree 100% that Reese's taste different around the holidays.

yeahh happy holidays and way to go on sticking with the running, can't wait to see what 2011 brings for you! 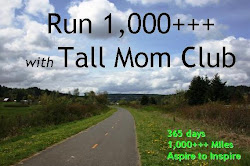 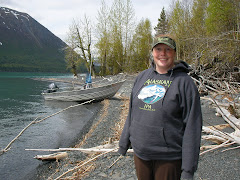 I will update with every met goal